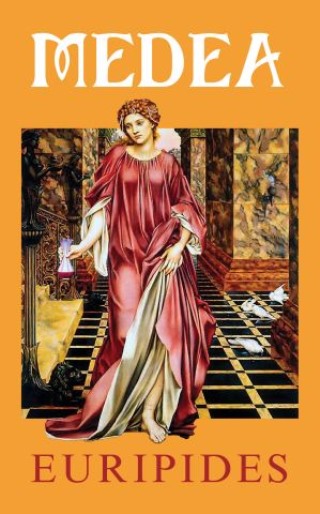 ONE OF THE MOST POWERFUL AND ENDURING OF GREEK TRAGEDIES

Along with Sophocles and Aeschylus, Euripides is regarded as one of the three great Greek tragedians from classical antiquity. One of his most important surviving dramas is “Medea”, which tells the story of the wife of Jason of the Argonauts, who seeks revenge upon her unfaithful husband when he abandons her for another bride.

Medea centers on the myth of Jason, leader of the Argonauts, who has won the dragon-guarded treasure of the Golden Fleece with the help of the sorceress Medea. Of divine descent, a niece of Circe and the granddaughter of the sun god Helios, she had the gift of prophecy. Now, having married Medea and fathered her two children, Jason abandons her for a more favorable match, never suspecting the terrible revenge she will take.

This story is set in Corinth, sometime after Jason’s quest for the Golden Fleece. Medea is raging against her husband’s plans to marry Glauce, the daughter of Creon, King of Corinth. Jason tries to explain his plan to marry Glauce only to improve his status and afterwards intends to unify the two families with Medea as his mistress, but Medea is unconvinced and pursues her plan of murderous revenge. Euripides' masterly portrayal of Medea’s motives which fiercely drive her pursuit of vengeance for her husband's insult and betrayal has held theater audiences spellbound for more than twenty centuries.

Euripides : Euripides was a tragedian of classical Athens and one of the few whose plays have survived, Some ancient scholars attributed 95 plays to him but according to the Suda it was 92 at most. Of these, 18 or 19 have survived more or less complete. He is credited with theatrical innovations that have profoundly influenced drama down to modern times, especially in the representation of mythical heroes as ordinary people in extraordinary circumstances. He was also considered "the most tragic of poets”, focusing on the inner lives and motives of his characters in a way previously unheard of. He was "the creator of...that cage which is the theatre of Shakespeare's Othello, Racine's Phèdre, of Ibsen and Strindberg," in which "...imprisoned men and women destroy each other by the intensity of their loves and hates". However, he was also the literary ancestor of comic dramatists as diverse as Menander and George Bernard Shaw.