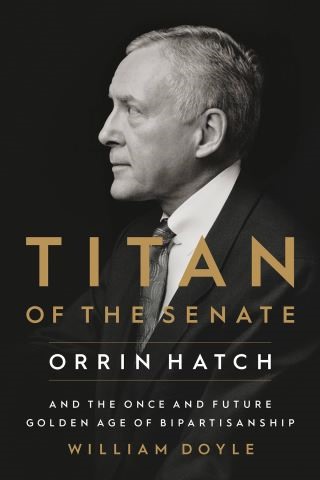 Titan of the Senate

Orrin Hatch and the Once and Future Golden Age of Bipartisanship

If greatness is measured by achievement, Orrin Hatch was the greatest U.S. senator of modern times—discover the life and career of the senator through archival material, original research, and exclusive interviews.

This is the dramatic story of a conservative champion who shaped modern America—by leading a Golden Age of Bipartisanship and passing more legislation than any other Senator in the post-Vietnam era. Senator Orrin Hatch co-wrote the most sweeping civil rights bill since the 1960s, launched a health insurance program for 25,000,000 uninsured children, co-created the generic drug industry, and championed the greatest HIV/AIDS legislation in American history, while sponsoring or co-sponsoring over 750 pieces of legislation. Based on interviews with Hatch and many of his Senate colleagues plus over 10,000 pages of research from the U.S. Senate Historian's files, this is also the story of a leader who envisions a New Golden Age of Bipartisanship for the future of American politics.

In 2014, Doyle co-produced the top-rated PBS primetime documentary special Navy SEALs: Their Untold Story, the companion TV program for the book. In 2017, he was executive producer of the History Channel primetime TV documentary inauguration special Transition of Power: The Presidency. The Indianapolis Star has called him "a master of crackling prose and a tireless hunter for vital facts and perspectives." His first job was as an intern in the Capitol Hill office of U.S. Senator James Buckley (Conservative-Republican, New York).