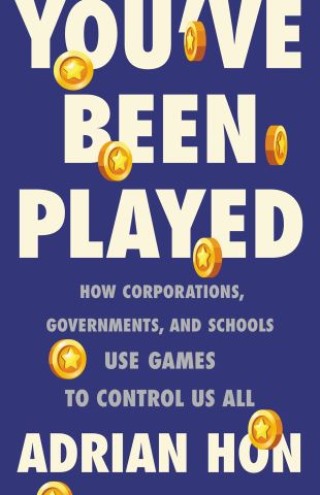 How Corporations, Governments, and Schools Use Games to Control Us All

Warehouse workers pack boxes while a virtual dragon races across their screen. If they beat their colleagues, they get an award. If not, they can be fired. Uber presents exhausted drivers with challenges to keep them driving. China scores its citizens so they behave well, and games with in-app purchases use achievements to empty your wallet.

Points, badges, and leaderboards are creeping into every aspect of modern life. In You’ve Been Played, game designer Adrian Hon delivers a blistering takedown of how corporations, schools, and governments use games and gamification as tools for profit and coercion. These are games that we often have no choice but to play, where losing has heavy penalties. You’ve Been Played is a scathing indictment of a tech-driven world that wants to convince us that misery is fun, and a call to arms for anyone who hopes to preserve their dignity and autonomy.