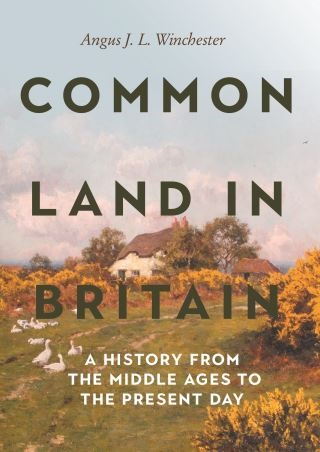 A History from the Middle Ages to the Present Day

More than a million hectares of Britain has the status of common land, most of it consisting of semi-natural environments of mountain, moorland, wetland or heath. Formerly much more extensive, common land was, and in many places remains, an integral part of the pastoral economy. Even where it is no longer used by farmers, it plays an increasingly important role in modern life, as recreational space and for its value for nature conservation.

This book provides for the first time an authoritative survey of the history of common land across all three nations of Great Britain from medieval times to the present day. It charts how commons have been viewed and valued across the centuries, how they have been used, and how their vegetation has changed, highlighting parallels and differences between the histories of common land in England, Scotland and Wales.

It traces the distinctive legal status of common land and the management regimes which regulated the exercise of common rights; considers the role of commons as spaces for communal gatherings and as a resource for the poor; charts the loss of common land (but also its persistence) during the era of enclosure in the century 1760-1860; and explores the changing conceptions of the value and right use of commons since the nineteenth century, and the impact this has had on their ecological character. Eight case studies of individual commons illustrate the richness of common landscapes and their history at local level. They include crofters' common grazings in Sutherland, mountain commons in the Lake District and Snowdonia, lowland commons in Co. Durham, Herefordshire and the New Forest, turbary allotments in Lincolnshire, and the urban commons of Wimbledon and Putney Heath.

Angus J L Winchester: Angus Winchester is Emeritus Professor of Local and Landscape History at Lancaster University. His interests in common land have developed over many years, arising originally out of research into the history of upland landscapes in northern England.