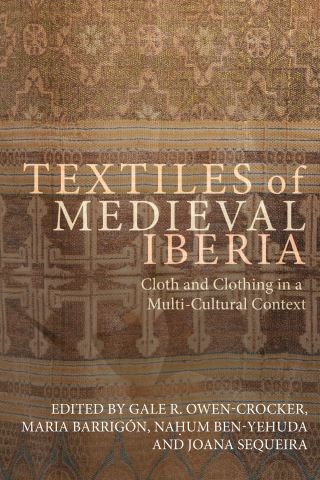 Cloth and Clothing in a Multi-Cultural Context

The Medieval Iberian Peninsula, encompassing various territories which make up present-day Spain and Portugal, was an ethnic and religious melting pot, comprising Christian, Jewish and Muslim communities, each contributing to a vibrant textile economy. They were also defined and distinguished by the material culture of clothing and dress, partly dictated by religious and cultural tradition, partly imposed by rulers anxious to avoid cross-ethnic relationships considered undesirable. Nevertheless, textiles, especially magnificent Islamic silks, crossed these barriers.

The essays in this volume offer the first full analysis of Iberian textiles from the period, drawing on both material remains and historical documents, supported by evidence from contemporary artwork. Chapters cover surviving textiles, many of them magnificent silks; textile industries and trade; court dress and its use as a language of power and patronage; the vast market in utilitarian textiles for lower-status clothing and furnishings; and Muslim and Jewish dress. It also considers Arabic and Jewish texts as sources of information on textiles and the Arabic garment-names which crossed into Spanish. Particular emphasis is given to the the different ethnicities of Iberia and their influences on the use and trade of garments (both precious and common-place) and textiles.